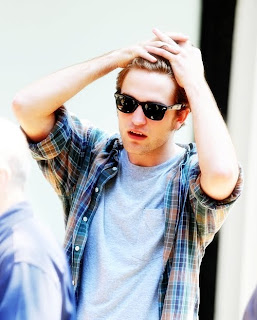 Robert Pattinson talked to METRO (UK) about is latest film, “Remember Me,” and has revealed that he is extremely picky about the roles that he takes. You can read the full interview below.

The 23-year-old actor has become a global superstar after playing brooding vampire Edward Cullen in Twilight, but his latest film is indie flick Remember Me, which he revealed stood out from the hundreds of roles he has been offered.

Robert said: “I never like anything, so it’s quite easy to decide what to do – I’ve never felt any pressure to do anything, particularly. Even when we were shooting it [Remember Me] I never thought about the box office.”

He added: “I had read tonnes and tonnes of scripts over the summer after I did Twilight, I mean hundreds, and everything seemed exactly the same.

“But this one, the way the dialogue was written, it just seemed much more naturalistic than most things.

“It’s not really a feel-good movie. They don’t make movies like it anymore, I think that’s how I kind of choose stuff, that’s the only criteria I have. There seems to be a gap in the market for something and I just try and do that.”

Robert hopes his Twilight fans like the new film but revealed he would never appear in a film simply to please an audience.

“I hope they like it.”
source via source
Posted by PATTINSON LADIES™ at 7:21 PM