Info about the L.A. Dance Project here and here! From The Hollywood Reporter
Before a crowd that included Dita von Teese, Chris Evans, philanthropist Wallis Annenberg and Robert Pattinson (drinking Coronas and using an electronic cigarette), Millepied's L.A. Dance Project company performed three pieces, including a new piece by Millepied (with costumes by Rodarte) and a dark, shadowy work by the late legendary choreographer Merce Cunningham that had not been performed in 50 years.

Portman and Millepied, plus von Teese, Pattinson and around 120 other guests, attended a pre-performance dinner at Disney Concert Hall sponsored by Van Cleef & Arpels and then all hung out for the after-party in an event area off the main lobby. Pattinson -- who is friends with Portman and Millepied and is said to live near them in Los Angeles -- told THR that he loved the performances but can't see himself ever dancing in a film: "I was inspired but I know my limitations." If he'd had to dance for a role, "I wouldn't have gotten it."

*HQs are under the cut* 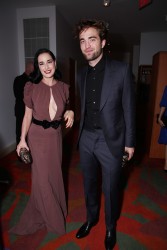 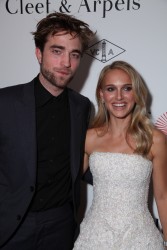 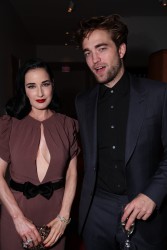 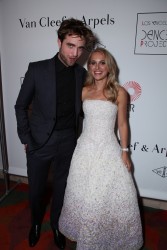 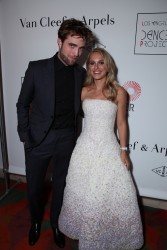 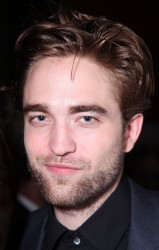 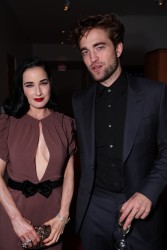 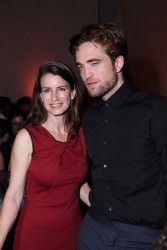 You can see Rob in the background 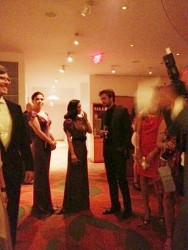 source|via
Posted by PATTINSON LADIES™ at 5:01 AM